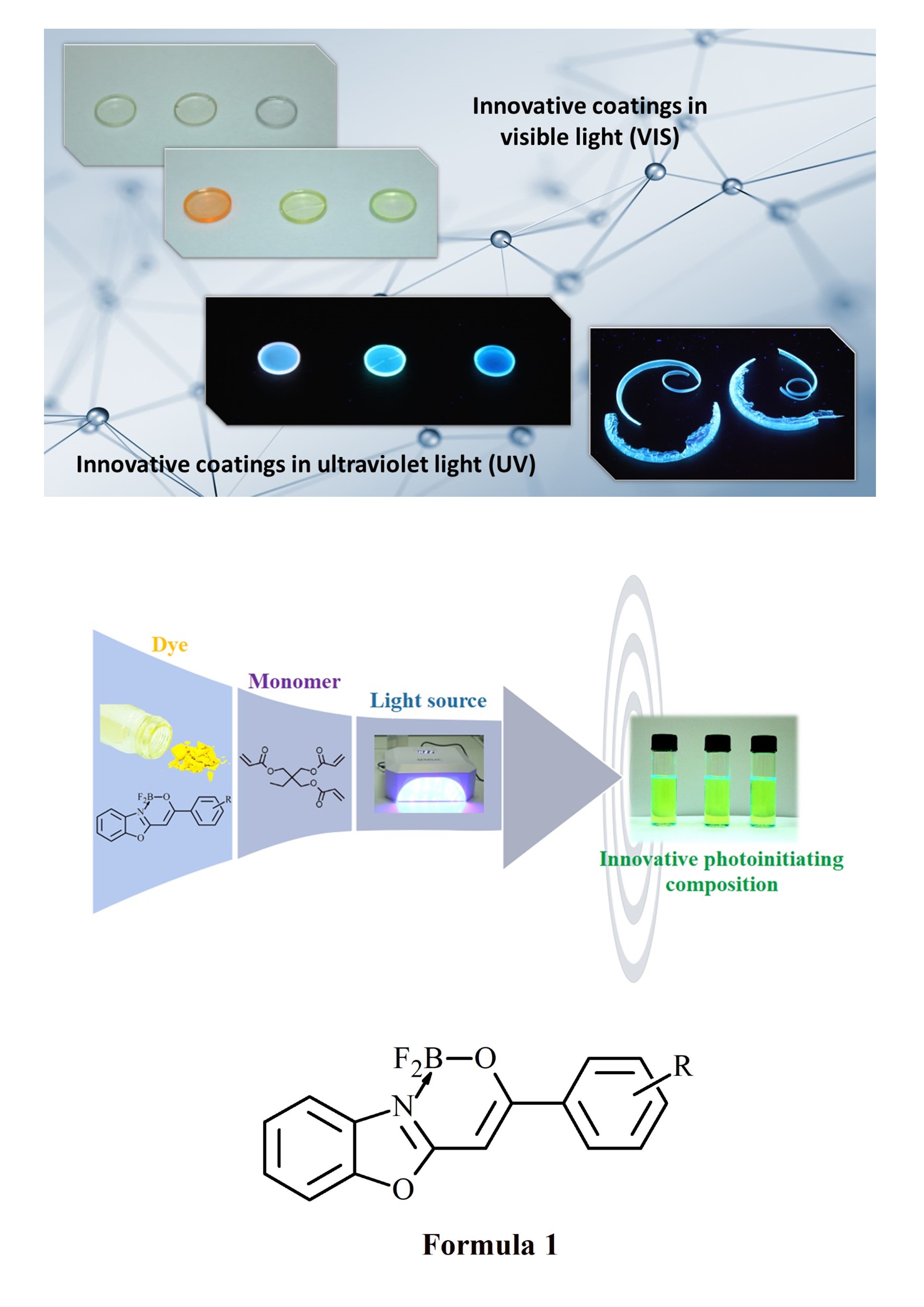 Abstract: The subject of the invention is an inventive photoinitiator composition for the formation of polymeric fluorescent coatings basing on organic dye of formula 1. This composition initiates the photopolymerization of acrylic monomers under the influence of ultraviolet and / or visible light. The formation of the polymer coating is faster than when using commercially available photoinitiating compositions. The new photoinitiating composition has an efficiency comparable to that of the commonly used camphorquinone. It is very stable during storage and contains about 200 times less dye than camphorquinone. Application: The obtained polymer compositions can be used for the preparation of protective and decorative coatings emitting ("glowing") green or orange light, depending on the sensitizer (dye) used. In addition, they can be used for marking polymer coatings, which remain colorless in visible light and emit color when illuminated with ultraviolet light (UV-LED lamp). They can be used for marking objects, e.g. car body parts, windows, food packaging. The polymer coating can be used for decorative and protective applications. It allows you to create decorative inscriptions, microelements obtained by 3D printing or stereolithography. Fluorescent polymers are also used as sensors in imaging techniques. Area of Innovation: Due to the use of specialized dyes (substituted 2-phenacylbenzoxazole difluoroboranes) placed on the polymer support, as well as special additives, the visibility of fluorescent polymer coatings is higher than that of conventional coatings. Thanks to this, the impression of "lighting" of objects covered with a fluorescent polymer coating is created. Items covered with innovative fluorescent coatings "glow" in ultraviolet UV light. The advantage of the composition is the possibility of chemical modification of the dye structure, which allows for the independence of fluorescence from UV light.