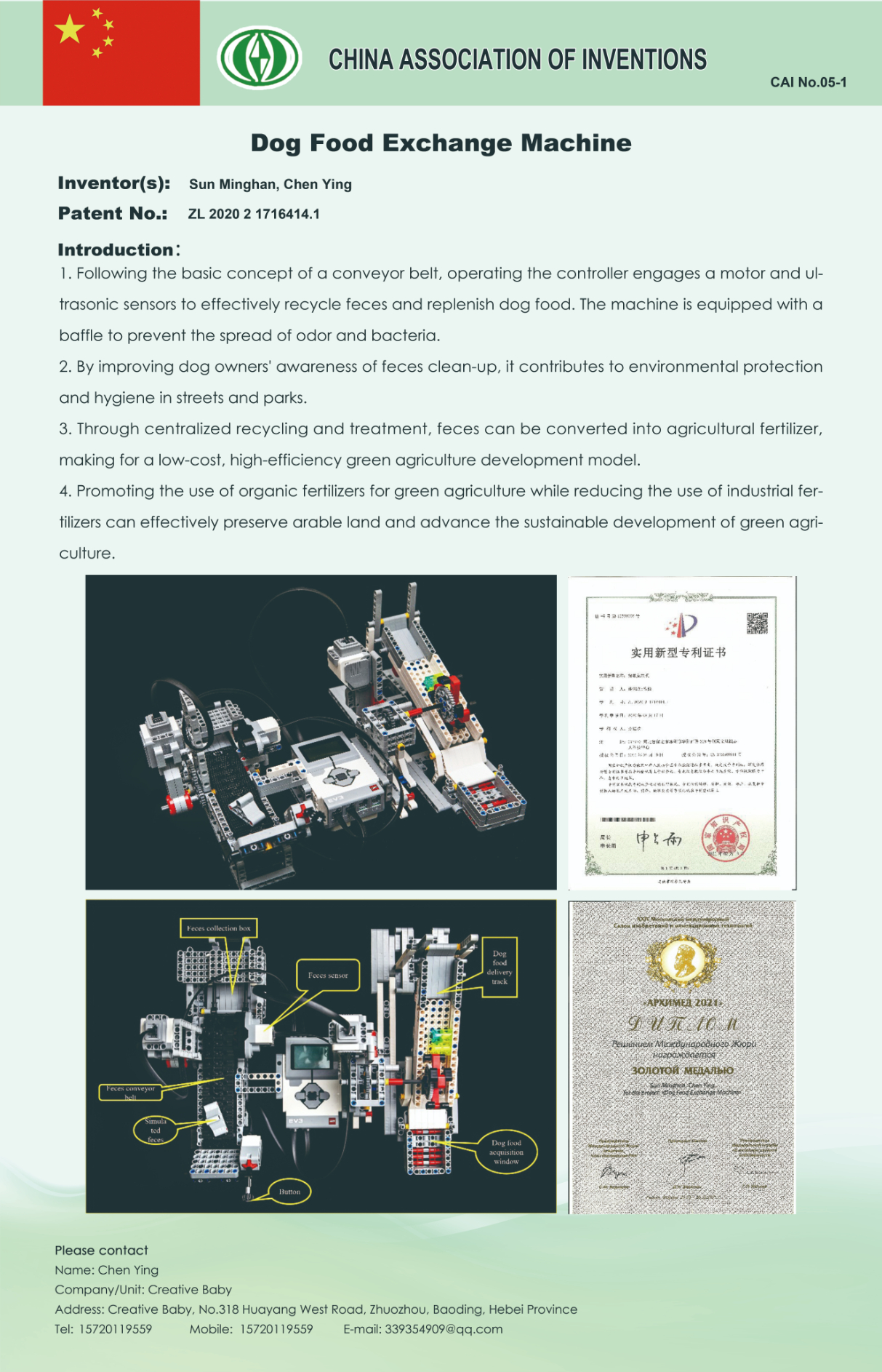 Description: The utility model utilizes the principle of conveyor belt, controlled by a controller, it realizes feces recycling and dog food exchange through combining ultrasonic sensor and motor; Meanwhile, a clapboard is installed in the machine to keep the off odor and bacteria from spreading. The feces disposal awareness of dog owners can be improved through the reward exchange for each timely disposal. Setting up dog food exchange machines at fixed points in the streets of densely populated areas is helpful to prevent the off odor and bacteria from spreading, improve the feces disposal awareness of dog owners and reduce the pollution caused by the feces on the environment. Dog feces can be recycled and disposed in a centralized way, so as to keep streets clean and protect the environment. In addition, it can also be converted into agricultural fertilizer.

A feces inlet pipe is installed on the dog food exchange machine, through which dog feces slides onto the belt conveyor when feces enters into the inlet pipe; then the sensor on the inlet pipe transmits the signal to the control machine, whose PIC controller starts up the belt conveyor to transport the feces and then unload it in a collection box; meanwhile, it controls the motor to rotate, during which the worm gear is driven by the worm; then the worm gear drives the turntable to move the material distribution plate, so as to push the small-packed dog food in the chute to the upper side of the guide plate and then the dog food package slides out of a guide groove. In the end, the dog owner is rewarded for a disposal, which is helpful in improving the feces disposal awareness of dog owners and reducing the pollution caused by feces on the environment. A material distribution plate is installed in the dog food exchange machine, by which the drive rod is pressed to swing around the rotary shaft when the plate is in circular motion; when the drive rod swings, a stopper moves into the strip-shaped gap to ensure subsequent dog food packages to slide down; when the material distribution plate is separated from the drive rod, the drive rod is reset through pulling the tension spring, so that the stopper moves into the discharge chute to keep subsequent dog food packages from sliding down, resulting in that the exchange machine is able to discharge dog food at intervals. Unloaded in the collection box, feces will be sliding on the clapboard in the box; after sliding, it will pass through the baffle, and then fall into the collection box from the gap between the clapboard and the transverse plate, after which the baffle will be reset under the influence of gravity and contact with the clapboard. In the end, the off odor of collected dog feces is minimized. The parts not involved in the machine are the same as current technology or can be realized by current technology. The utility model can facilitate dog owner's work in feces disposal, and the feces disposal awareness of dog owners can be improved through the reward exchange for each timely disposal, which also helps reduce the pollution caused by feces on the environment. 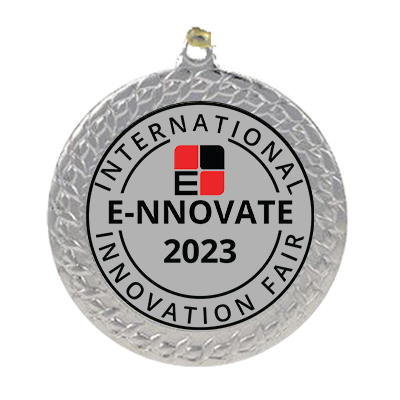