Description: The rescue robot we designed (DBM Robot) is used to replace humans going into the scenes of landslides and fires to do rescue tasks to reduce dangers to rescuers and support the victims in time. This is a remote -controlled machine that is resistant to heat and can ride on slippery, steep, and rough roads. It has a huge arm with a camera and a fire hose. The arm can rotate 360 degree. The user can stay outside dangerous landslide or fire areas and control the robot to enter the scene. Through the camera, users can learn about the situation inside, find victims or anything abnormal to respond in time. At the same time they can use the robot arm to clear up the scene and help the victims from the dangers. The robot’s functions have been successfully tested. The functions include receiving commands of the robot arm, transmitting camera signals, running on rough or slippery, and putting out fires

DBM robot consists of two main parts: a driverless vehicle and a remote-control device. Driverless vehicle The vehicle is designed with a giant arm assembled from servo motors MG966R on a 360 degree rotating axis and run on all-terrain wheels. On the top of the arm is a wireless camera and a fire hose, at the bottom is a 365 12VDC pump motor. The vehicle also comprises control circuits includes Arduino Mega circuit, Module NRFL24L0. Servo motor MG966R is a motor with large torque, runs smoothly, suitable for control models with large payloads such as metal robot arms. Servo motor MG966R is upgraded from MG995 6V/11kg, with high speed and accuracy. The operating voltage is 4.8-7.2V. The wireless camera with 1080p resolution helps transmitting clear images. It has a memory card to record data or upload directly to the phone for the user to watch. Its battery capacity is large and compatible on many different operating systems. The rotating axis can rotate 360 degrees, helping the robot to open a wider rotation angle. It is a solid metal axis so able to withstand the weight of the robot arm, ensuring stability when the arm rotates. The wheels are all-terrain wheels, with a solid axis, 4-wheel drive with strong magnetic power, 2.4Ghz radio technology, with a control range of up to 400 meters, capable of running on slippery, steep and uneven roads. Arduino Mega R3 circuit is used to receive and process data from the control arm. It is a product developed on the ATmega2560 circuit, which is an improved one compared to the Arduino Uno. It has 54 digital IO Pins and 16 analog IO pins. Specially the flash memory of MEGA has been significantly increased, 4 times that of the Arduino Uno R3 board. Being equipped with 3 timer and 6 interrupt ports helps Arduino Mega R3 able to handle multiple analog and digital data streams in parallel. The operating voltage is 5V. The NRF24L01 signal transceiver installed both on the robot arm and the control arm is capable of connecting point-to-point (2 network nodes), or network (network of many network nodes), using 2.4GHz radio waves. The reachable distance of the module without power amplification in the unobstructed space is 100 meters and that of the module with power amplification is up to 1 kilometers. Operating voltage is 1.9 - 3.3V (3.3V recommended). Remote-control device The device is an arm identical to the robot arm with a small, compact size for easy control. It consists of circuits including NRF24L01, Arduino Nano, 10K Potentiometer for signal transmission and control of the robot arm. It also has the RF controller to control the spindle and the hose. Arduino Nano board has a size of 1.85cm x 4.3cm, programmed in Arduino language (built on C language). The operating voltage of the Arduino Nano is 5V-DC. This circuit is used to transfer data to the robot arm. Potentiometer 10K is used to measure and change the resistance of the current to change the angle of rotation of the robot arm. How does the circuits work together to control the arm The Arduino Nano circuit reads the signal from the 10K potentiometer, then the NRF24L01 module sends the remote rotation signal to the Arduino mega circuit to control the robot arm. The robot arm performs exactly what control arm does. 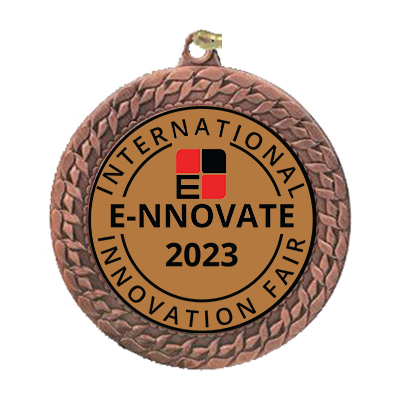